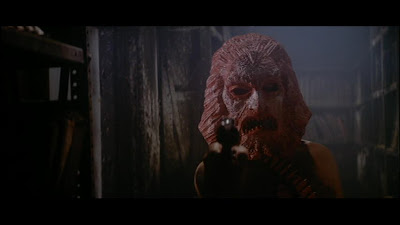 “I'm fuzzy on the whole good/bad thing. What do you mean, "bad"?”
—Dr. Peter Venkman (Bill Murray) in Ghostbusters

“East, West…Mere points of the compass…”
—Dr. No (Joseph Wiseman) in Dr. No

You ask me, honey
What it was all about
Ya even asked me where the light went
When it went out
I'm B-A-D
I'm bad
Don't mess with me
—Bo Diddley, “I’m Bad”

LERNER INTERNATIONAL was lucky enough to be given the chance to contribute to the very popular, and highly recommended guest-blogger “Bad Movies I Love” series at the excellent film site Rupert Pupkin Speaks.

Of course, “Bad” in this sense means “What other people, blinded by their own lack of imagination, consider bad.”

At Rupert Pupkin Speaks, my list of “Bad Movies I Love” includes
Will Ferrell’s Land of the Lost (2009),
The (1980), directed by Michael Ritchie
Johnny Knoxville’s The Ringer (2005),
The Legend of Lylah Clare (1968) directed by Robert Aldrich
John Waters’ A Dirty Shame (2004)
and
Zardoz (1974), directed by John Boorman—BTW, I forgot to mention in my commentary that Zardoz’s Big Stone Head and the Exterminator Masks (pictured above and below) were based on director Boorman’s own face! Groovy!

Meanwhile, in the wake of writing up my “Bad Movies I Love,” I kept coming up with more and more films that I was kicking myself really hard for forgetting to include—mainly because I never think of films I like as genuinely bad.
One film like this is Apollo 18 (already thoroughly commented about HERE), and two others are 2002’s Scooby Doo, and 1967’s Hurry, Sundown.

Directed by Raja Gosnell, Scooby-Doo was screened during my first visit to (I love their coffee) with an equally caffeinated friend, and we laughed our asses off—the only criteria that matters when reviewing a comedy.
The film I saw (at the time) was a meta-movie deconstruction of the entire Hanna-Barbera template that shared a genuine-’70s kid’s absolute hatred for Scrappy-Doo. 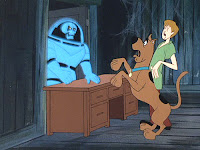 One reason Scooby Doo and Will Ferrell’s Land of the Lost were so utterly despised upon release was because neither showed any so-called “respect” for their source material—and frankly I don’t care. Saturday morning cartoon shows are not sacred texts to me. If you’re upset that the remakes weren’t “canonical,” well, you’ve got the problem, not me…

BTW, if anything, the live action Scooby Doo movie provided a great throwaway gag for Joe Dante’s criminally underseen Looney Tunes: Back in Action: In the Warner Brothers studio’s commissary, a cartoon-animated Shaggy and Scooby are at a table with actor Matthew Lillard (who played Shaggy in the movie), threatening to “cut” him if he messes with them again: the cartoon duo are revealed to be vicious, paranoid hillbilly rip-offs and dangerous scoundrels.
Like we always knew them to be….

Caveat: 2002’s Scooby Doo is the only “Bad Movie I Love” that I will never see again. There’s no way the absolute joy—near hallucinogenic madness—that this flick provided for me that day in 2002 could ever be recreated. There just isn’t enough…coffee. 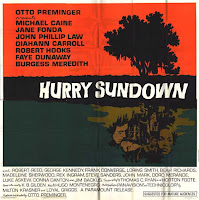 What makes producer-director Otto Preminger’s fever dream of segregation, land-grabs and Dixie madness, Hurry, Sundown (1967), a “Bad Movie I Love” is a miscast Michael Caine’s atrocious attempt at a Southern accent: so misguided, it’ll make your ears turn inside out.

It must have been obvious to all involved that Caine wasn’t cutting it, but zero attempts at re-recording or dubbing were made—a stubborn triumph of refusing to see (or hear) the obvious: A bad mistake that compounds itself until you have to accept it no matter what; much like you have to accept the performances in an Ed Wood film. Yes, in this case I am equating Michael Caine with Tor Johnson.

In the days ahead, LERNER INTERNATIONAL will be returning to, catching up with, and sharing several more “Bad Movies I Love” (Disaster movies! Giant radioactive mutants! Rogue cops!)—as well as an explanation as to why I don’t like the term “guilty pleasures.” 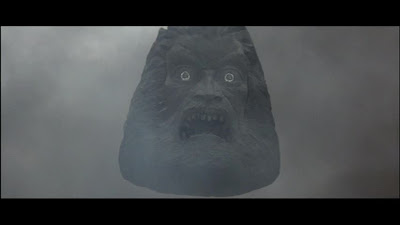