Nuking Oz at Midnight: “Smoke ’Em If You Got ’Em” & Other Sick Humor Visions of the Apocalypse in Australia! 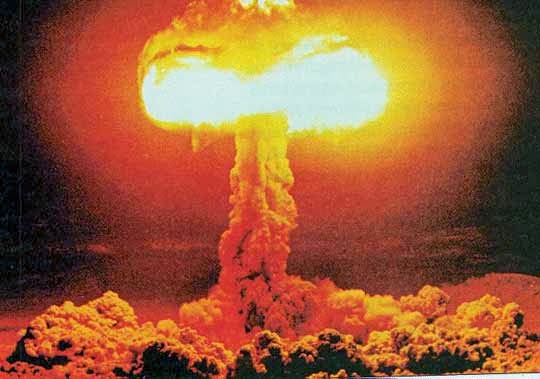 From On the Beach to The Road Warrior to Tomorrow, When the War Began, Australia has figured prominently in cinematic depictions of the events surrounding total war, including the use of thermonuclear weapons.

So what’s that all about then, eh, mate?

[NOTE: Whoops! Looks like I goofed! This essay was meant to be published BEFORE February 28—that was when these films were scheduled to be screened at the fabulous Spectacle Theater in Brooklyn. But since I hate to waste anything…] 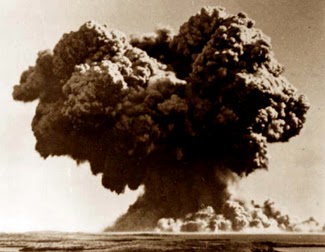 Maybe it’s something to do with the “Convict Stain,” but Oz has also found itself to be Ground Zero for some of the more twisted takes on atomic destructions (if not physical, then spiritual). 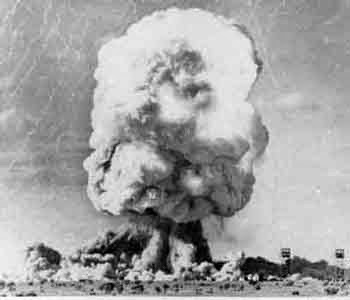 Not quite bummers from Down Under, these four shorts view The End of Civilization, whether overtly or not, with a bleak, black humor—this evening, the Spectacle presents two atomic war perspectives, one zombie apocalypse, and one relationship apocalypse, because sometimes a breakup really feels like the end of the world.

“So what are we going to do? Take it easy and conserve our strength, or are we gonna run ourselves ragged?!?”, demands party-thrower Jon (Rob Howard) in his well-stocked bomb shelter in Ray Boseley’s marvelous Smoke ’Em If You Got ’Em (at 48 minutes, a sort of cinematic novella—watch it HERE). The bombs have dropped, the land is scorched, and the heavy radiation is penetrating the bunker, dooming everyone.

At the shelter, all who survived are invited to knock back a few, chow down, and puff a bong. “This is a casual affair: Come as you are, smoke ’em if ya got ’em,” he mentions offhandedly. 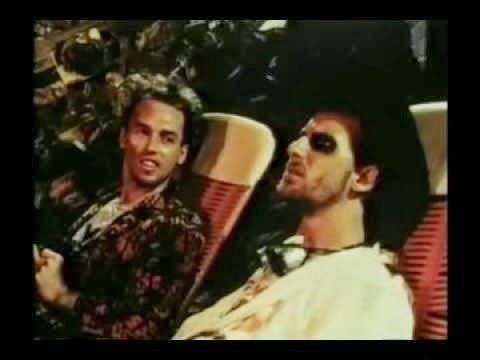 Released and highly praised by Chris Gore’s Film Threat in 1988, Smoke ’Em If You Got ’Em was promptly lost and forgotten. Snappy and stylish, wearing its Aussie Punk Rock heritage on its sleeve (the singer in the film’s bomb-shelter band has a very Birthday Party-influenced look about him), it’s the best soiree you could ever be invited to—lots of good food, great booze and drugs, wanton sex—it’s just too bad the End of the World is happening right fucking now.

Made in the Reagan-Bush Era when nuclear war was expected at any moment—Whew! Sure glad those days are over—Smoke ’Em If You Got ’Em is infused with pitch-black, yet often dry or absurdist humor, which, as Slow Radiation Death creeps upon the characters, becomes philosophical, bittersweet and even sentimental sometimes.

Boseley should be considered this film’s auteur, writing, editing and directing the film, with lead Rob Howard coming in second, as the film’s protagonist, art director and opticals technician. 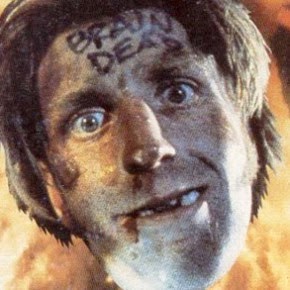 Joining Smoke ’Em If You Got ’Em are three additional short films that I programmed, all of which are sick, sick, sick.

Nash Edgerton (director of 2008’s acclaimed The Square) helms the first short of the program: Spider (2007—watch it HERE), where a hapless, immature prankster might as well be dropping an atomic weapon into his love life.

The Zombie Apocalypse makes its way Down Under in Spencer Susser’s I Love Sarah Jane (2007—watch it HERE), but not even that can stop the serious crush young Jimbo has on classmate Sarah Jane (current “It Girl” Mia Wasikowska in a very early role) in this Dawn of the Dead/Lord of the Flies mash-up.

Early-1980s public safety films are expertly spoofed in Nathaniel Lindsay’s animated Ducked & Covered: A Survival Guide to the Post Apocalypse (2009; 8:26 min. —watch it HERE) in the evening’s penultimate short. Now you will know what to do when the killer robots show up, or if you have too many skulls lying around.

POSTSCRIPT: So the evening went well—there were five customers, and they seemed to have a good time.

And by the way, I have been accepted into the NYC Teaching Fellows!
It looks like I’m on my way towards becoming a high school English teacher somewhere in New York, probably the Bronx (I find out on March 10….). Whew!

Thank you for your support! 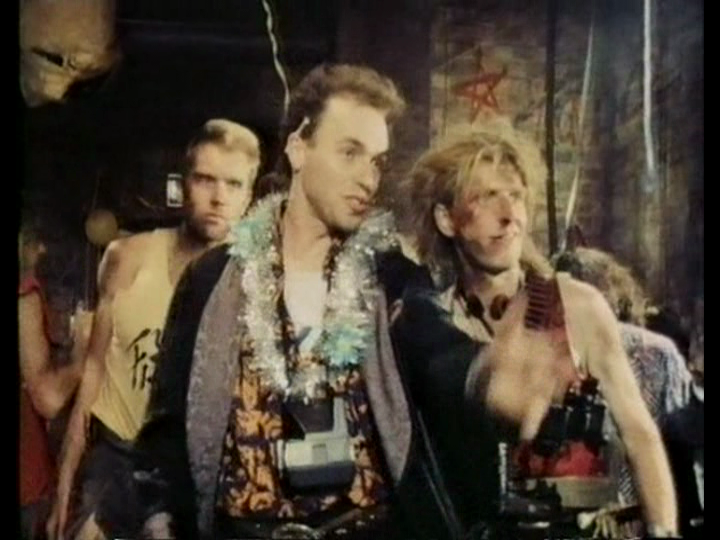