The Bonkers Eclecticism of October—in late-November…. 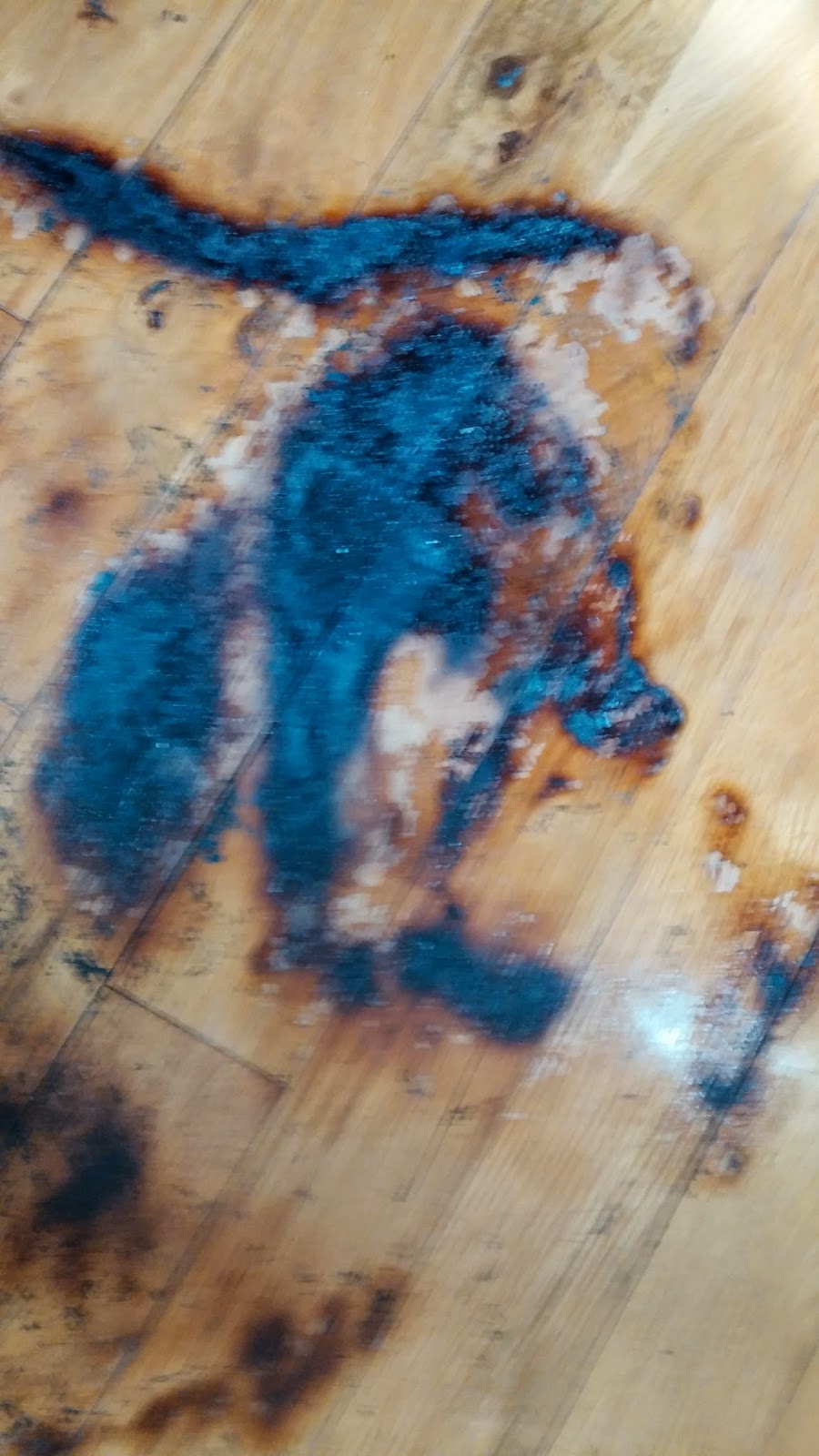 Y’know, originally, I was going to be posting this on November 1 or 2—not almost at the end of the month!

Here are some photos from my cell phone as illustrations (electronic desk-clearing as it were…)
I call the above piece, “Flame Monster Scorched Floor Policy; or, Terminate With Extreme Hydrocarbonizing.”

Movie viewing has been severely interrupted by my grad school studies.
It’s funny, I don’t feel like I’m missing a lot: the classwork and reading are keeping me busy—and oh yeah, my grad school application! Those things have been keeping me very busy. But active and alive, with the thought of a greater goal in mind, keeping me on the path. 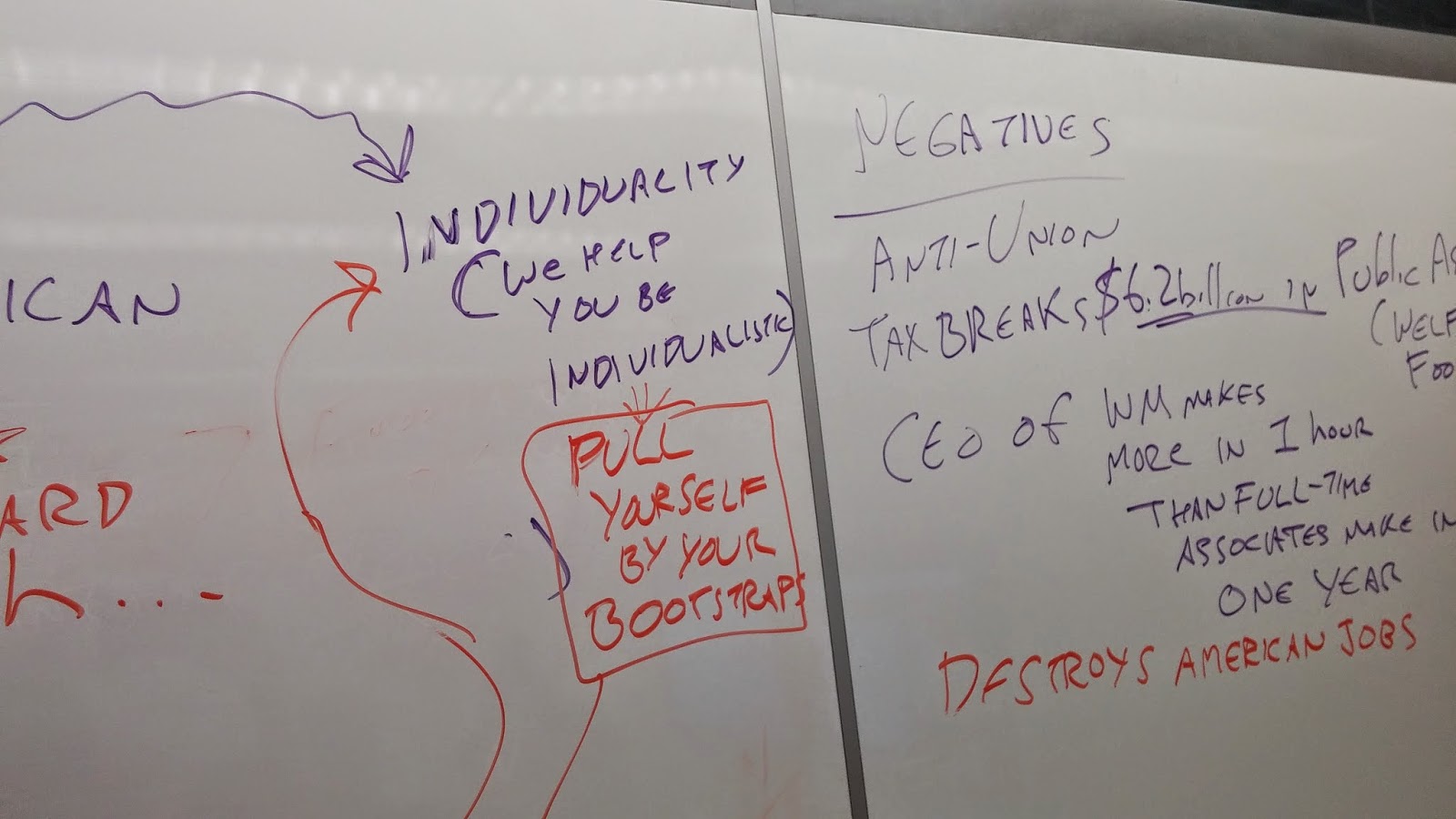 While I’m taking grad school classes, I’m a non-matriculating student currently, and have a pile of paperwork to complete, especially some heavy-duty essays which I have to complete toot sweet!

Meanwhile, I’ve gotten some part-time work at the Writing Center, and that is great training as well as a routine dose of intellectual exercises—every hour on the hour I get a new set of problems to help solve and a new student to help out. Edjumakashum, baby! (That said, I did a lot of reading—but not any books completely…All stuff for grad school!)

The Empire Strikes Back—Uncut (2014; multiple filmmakers)
Can be viewed HERE.
Tons of fun, I like this fan version better than the “original,” and would watch it again sooner than the original.
This new film borders on Dadaism; I really want to know what someone who has not seen the Star Wars flicks would think about this? 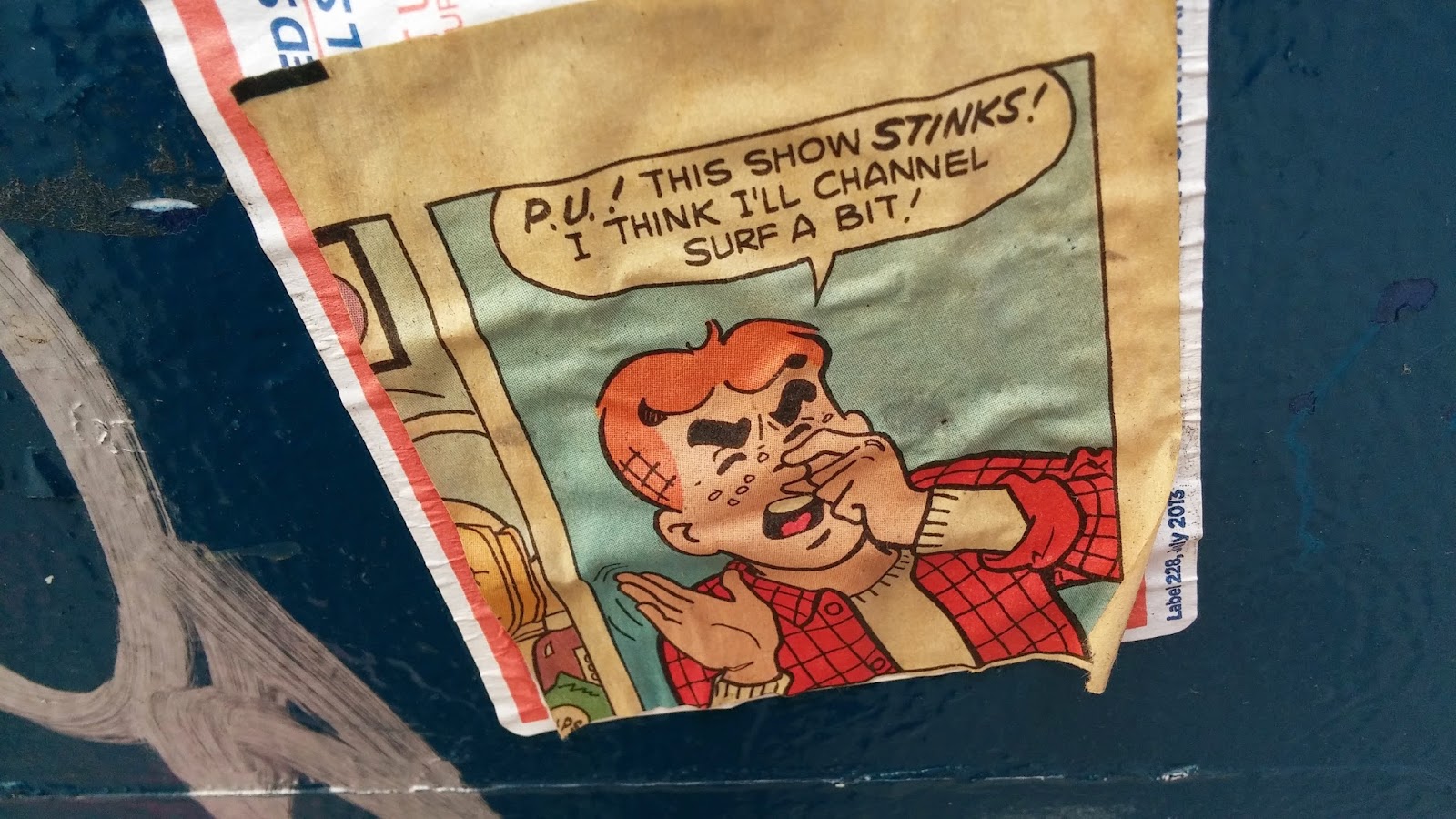 I’d be fascinated to hear what they have to say; because this film can be sensory overload. I love this fan-film-remix-recontextualiztion—but I also have the same problems that I have with the original source text, the 1980 film The Empire Strikes Back. Sure, a fun film, but not a complete movie as far as I was concerned—and being on the edge of the grandiose self-aggrandizing that would come with the desperate attempt at connection/condoning with/from Campbell, the movie reeked of self-importance.

Five Dolls on an August Moon (1970; Mario Bava) As if Bava was trying to do a Russ Meyer movie—or if Ed Wood tried rewriting Camus’ The Stranger as a “Ten Little Indians” mystery—or if you took a John Waters movie and played it very straight and earnest. Lots of style, but a weird, weird flick, bordering on existential nihilism. And what’s the flicks ultimate game? We know the “murderer’s” identity very early, so what’s going on? Weird flick….

1941 (1979; Steven Spielberg) One of the few Spielberg films I like (along with Jaws and Empire of the Sun; and the Martian destruction scenes from War of the Worlds)—
Breathlessly paced—I watched the original theatrical version that Netflix Streaming offers, as opposed to Spielberg’s sanctioned extended cut—I like its high-speed insanity; a nonsensical flick, but probably the last of the 1970s “mocking authority” movies, done on an incredibly grand scale. And what a cast! However, the flick would be so much better if Spielberg didn’t feel the need to have a close-up of a screaming face, going “Whooooooooooooaaa!”, every time something “crazy” happens. It was an excessive “elbow in the ribs,” if you ask me.

Film, Film, Film (1968; Fyodor Khitruk) A fun animated short (18 minutes) from the Soviet Union about how a movie is created.

White Homeland Commando (1992; Elizabeth Le Compte/The Wooster Group) Fantastic stuff!
Jeez, how to explain—let’s find a URL!
Here’s a link to the Spectacle Theater screening, where I saw it.
A fabulous low-budget film  that overflows with great ideas that go in unexpected directions.

Invasion of the Saucer Men (1957; Edward L. Cahn) Available to watch here!
Originally titled (the more honest) “Spaceman Saturday Night”—originally on a double-feature with I Was a Teenage Werewolf (forever trapped in legal limbo—)
Anyway— 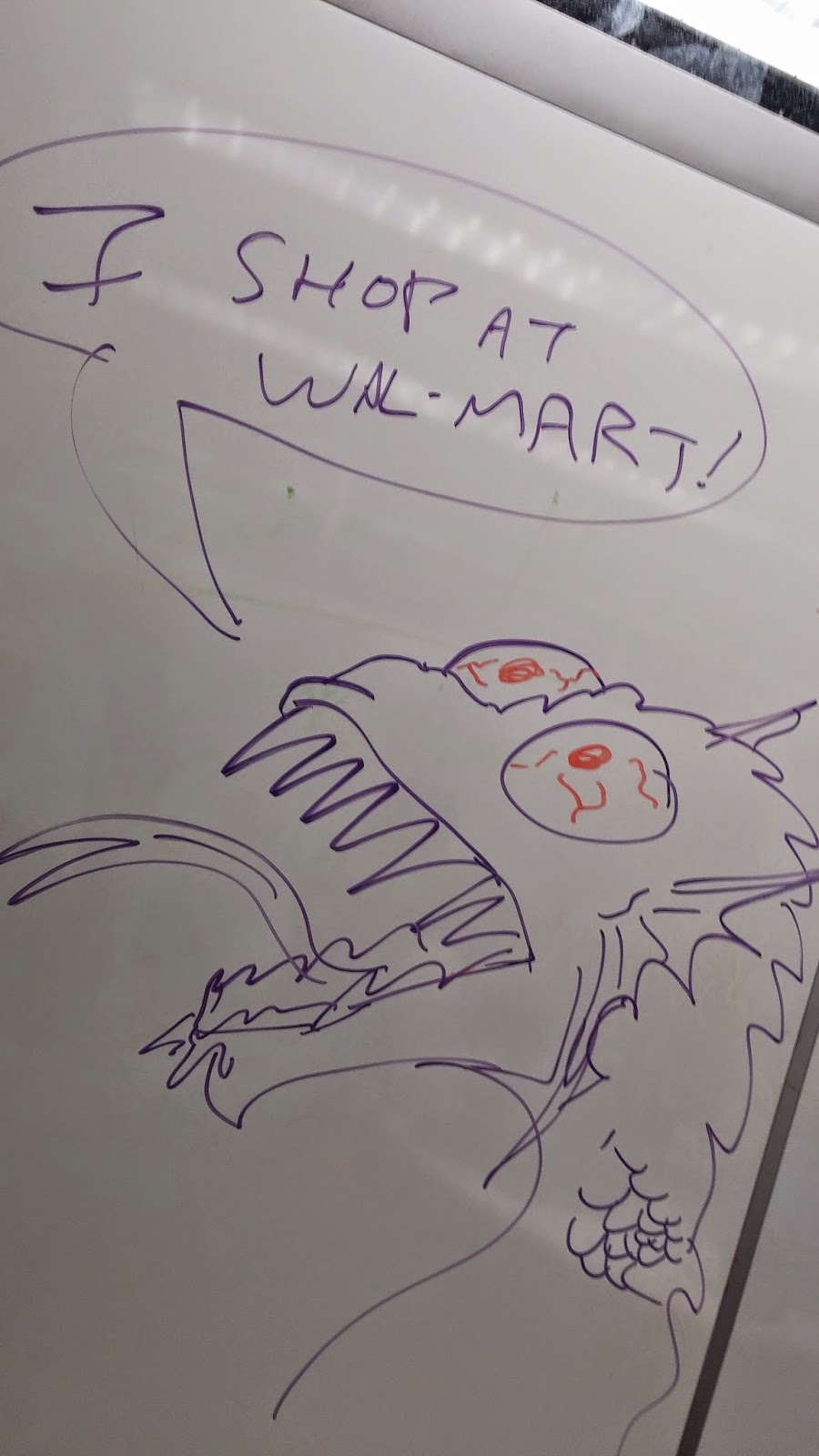 Special Makeup FX man Paul Blaisdell’s BEMs are now classic!
Great opening titles—let’s you know this is a comedy from the get-go…
It’s evident from the opening credits and the wise guy narration that this flick doesn’t take itself seriously—nor should you.
This is a dopey movie, only memorable for its hideously domed spacemen—now cult classic curios—many more people know what these alien critters look like than have seen the movie.
Interesting seeing Frank Gorshin trying to break into Hollywood—supposedly he had an incredible nightclub act, but aside from a handful of roles in offbeat venues (The Riddler on Batman; appearing in Skidoo and much later, 12 Monkeys).
But overall Invasion of the Saucer Men is actually a bad movie—poorly written, bad pacing, lousy acting…
I mean, sometimes this movie is interminable!
Although I have to say that the fight between the alien and the cow was incredible, like some Dada-puppet show—it starts at about 50 minutes; low budget deliciousness: inventive and stupid!
Film is interesting in how, in 1957, UFO/flying saucer lore already includes how the USAF is covering it up! 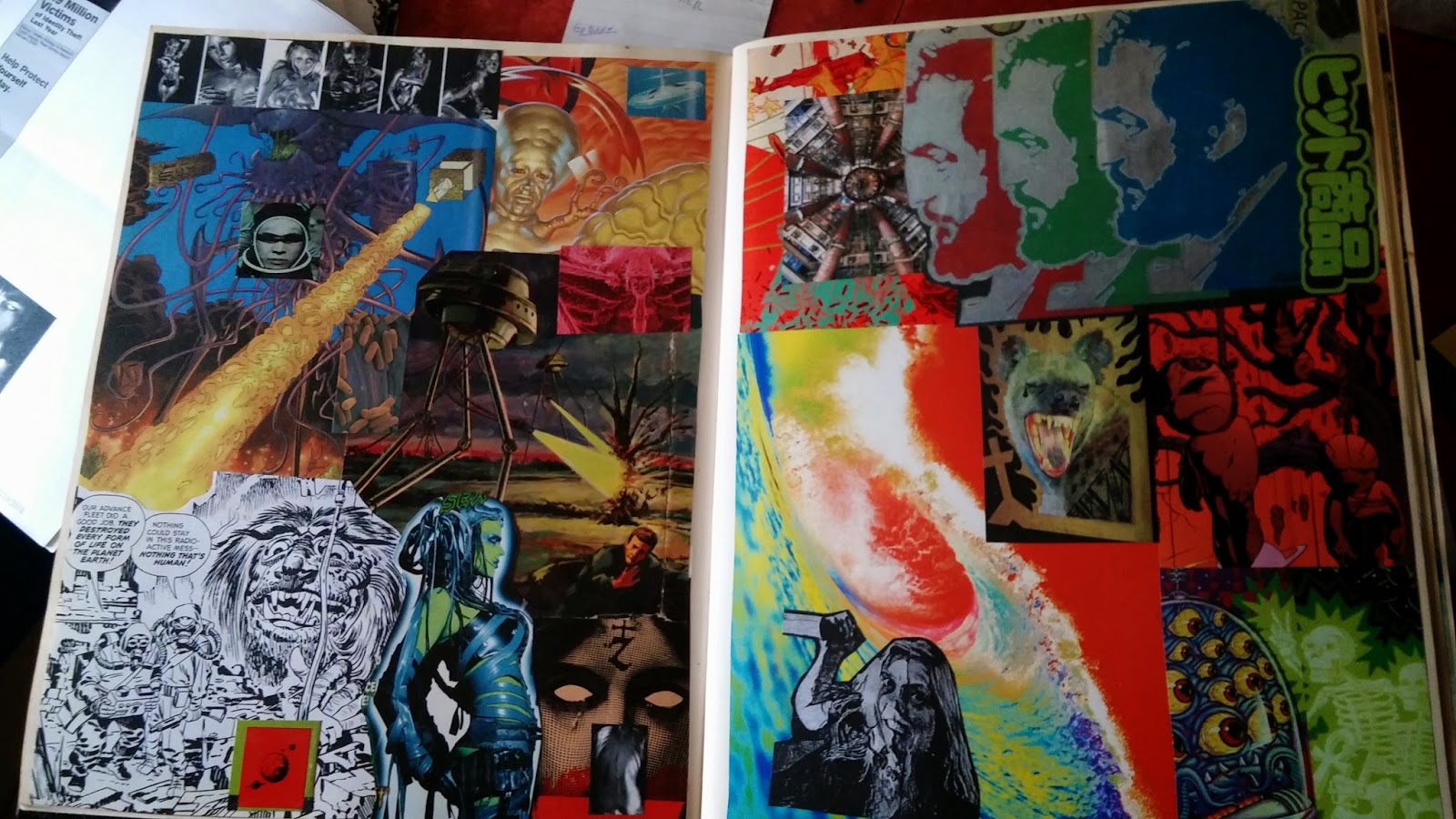 Les Maudits (The Damned) (1947; René Clément)—a new favorite!
Claustrophobic, existential noir set at sea;
Multi-layered film of Nazis on the run at the end of WWII to South America via submarine— Nazis and collaborators bicker and quarrel.
Very akin to a “Lost Patrol” movie, as one by one, our cast is picked off.
They kidnap a French doctor—he narrates the story… Fascinating, uncliched characters that don’t seem like cardboard cutouts.
Tense and grim, with a wonderful French nihilism where just about anything can happen—and does.
There’s a level of perversion about this flick—or more accurately, adult themes that Yankee audiences would take another 50 years to get even close to…
Fantastic camerawork, with a superb and ahead-of-its-time tracking shot through the length of the sub; damn, The Damned is a fine flick!

State of Emergence (2014; The Anti-Banality Union) Using a bunch of zombie movies—but leaving out the zombies—the Anti-Banality Union creates an alternate reality where the tensions and fears and socio-politico-economic nightmares that use zombies as metaphors are denied that distancing effect and we are forced to look straight into the face of horror: and it’s a mirror! Aaaaaiiiiiee! (Screened at the Spectacle; soon available on vimeo, perhaps?)

Despair (1978; Rainer Werner Fassbinder; script by Tom Stoppard, based on the novel by Vladimir Nabokov) What started off as a great film began to wear out its welcome: Honestly, this should have been trimmed by 20 minutes at least. Dirk Bogarde is fantastic, and the first hour is brilliant, but then… 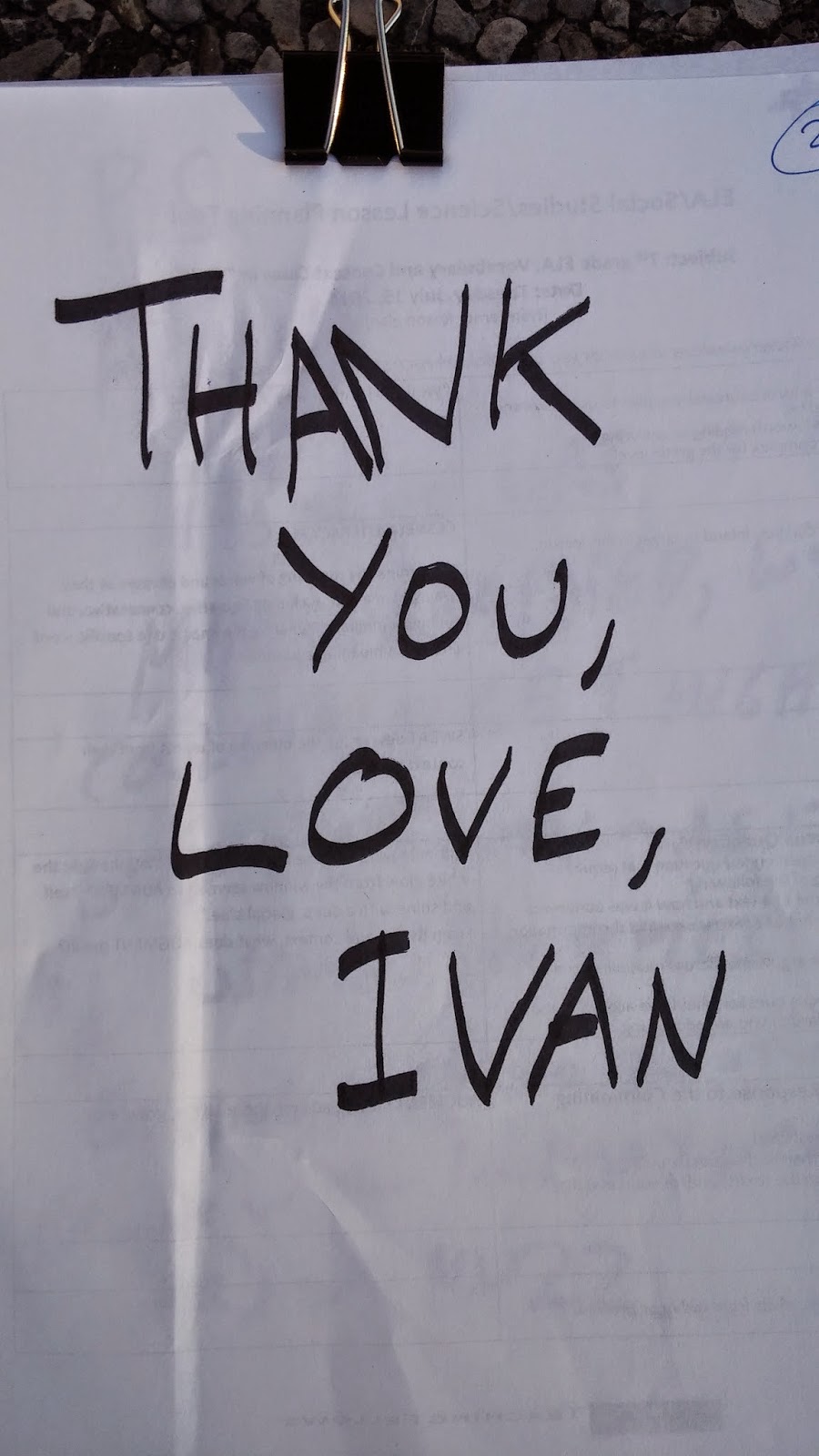 Email ThisBlogThis!Share to TwitterShare to FacebookShare to Pinterest
Labels: all my own photos, The Return of Ivan the Reviewer