Procrastination List: The Movies of August, September and October 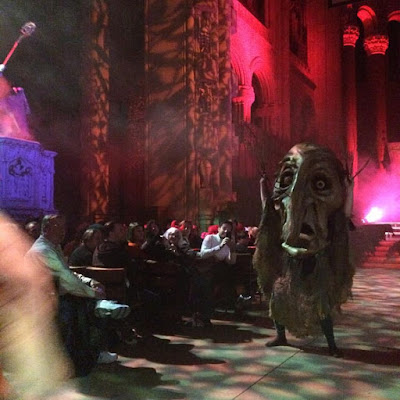 I’m in grad school, and this movie blog is getting the short-shrift.
Here’s the List of the movies—and books—absorbed during August, September and October of 2015:

Out of the Blue (1980; Dennis Hopper) What an incredible film!

Mad Max: Fury Road (2015; George Miller) WOW! Incredible film, a great action-fantasy! While being The Road Warrior as if remade by Jodorowsky and Survival Research Labs, it’s also the movie that Damnation Alley should have been (this film is more faithful to Zelazny’s novel than the movie from 1977). Worth several viewings!

Lilith (1964; Robert Rossen) This flick starts off well, and the first hour is entrancing, then….It becomes one of the WORST films ever. SO damn boring! Snoozers!

The 400 Blows (Les Quatre Cents Coups) (1959; François Truffaut) Just fuckin’ perfect.
People think the title means one thing, but it means something else—but I think FT was using that French expression in an ironic/sardonic fashion.

Spectre (1977; Clive Donner; Produced by Gene Roddenberry) I saw this when it was originally aired! Good stuff that holds up. Supernatural! Seen before the new James Bond flick ruins the word for everyone…

Flying Down to Rio (1933; Thorton Freeland) What weirdness!

The Best Exotic Marigold Hotel for the Elderly & Beautiful (2012; John Madden) The horror!

The Gambler (1974; Karel Reisz, written by James Toback, based on the novella by Fydor Dostoyevsky) Wow, 1970s-bad vibe cinema!

The World Inside by Robert Silverberg (1971) Incredible SF!

The Butterfly Kid by Chester Anderson (1967) Reality Pills, maaaaaaaaaaaaaan. Wonderfully weird, and nominated for a Hugo Award. Available on-line as a PDF, if you search for it.

Get Your War On by David Rees; introduction by Colson Whitehead (2002) Still f’ing hilarious and spot on.

“ ‘The Military Taught Me Something About Writing’: How Student Veterans Complicate the Novice-to-Expert Continuum in First-Year Composition” by Corrine Hinton (2013; article from Composition Forum, Fall 2013)

*) The Divine Invasion by Philip K. Dick (1981) Brilliant, essential strangeness. Truly one of the weirdest—and smartest—SF books ever. Shockingly theistic.

The Panic in Needle Park (1971; Jerry Schatzberg; written by John Gregory Dunne & Joan Didion, based on the book by James Mills)

Superstar: The Karen Carpenter Story (1983? Todd Haynes) Watched while on duty in the booth at Spectacle.

The Haunted Castle (a.k.a. Secret Chronicles of the Ghost Cat) (1969; Tokuzo Tanaka) Not as good as the flick immediately below

The Taking of Pelham One Two Three (1974; Joseph Sargent) Classic!

The Wild Bunch (1969; Sam Peckinpah) Jeez, the fake jocularity and excessive laughter never bugged me before, but now? Ugh.