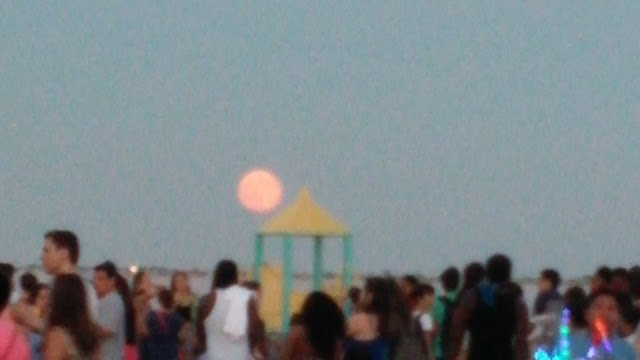 Y’know, I don’t include the baseball games I go to…

I have not had the motivation to WRITE like I used to.
But I won’t whine about it; I don’t need to guilt-trip myself. 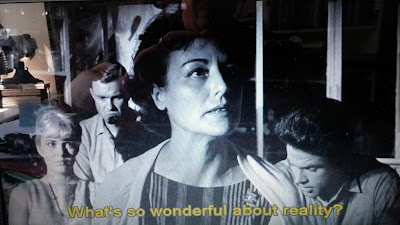 A ton of movies absorbed in some crazy attempt at variety?
An eclectic mix certainly, but lacking on anything pre-1950… I guess all my viewing is stuck in certain eras and genres. I’m hardly ecumenical when you think about it—and very much learn to subject matter best covered with a blanket marked, “Weirdness.”

But did watching this stuff help me intellectually and creatively—like I know my reading this month did—or did all these screenings just waste time, and worse, fill me with a horrible regret? What the hell am I talking about?


I was also severely burned out from an intense 1½ semesters—things were just getting emotionally…I dunno, extradimensional? 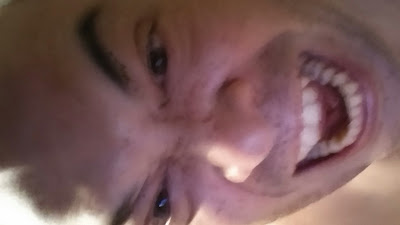 I was a mess.
Watched so many flicks, I forgot what I’ve seen and needed to check this list routinely.
Did I sleepwalk through July? Where those horrible mosquito bites really the injections of hideous pain-inducing nanobots, like Kryczek torturing A.D. Skinner on The X-Files? Yeeeeouch!

I hope that when I finally get my nose to the grindstone, all this viewing-fodder helps me and my imagination…. 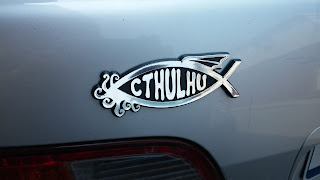 I think it will. I’ve been avoiding so much; don’t know why I don’t want to get…focused.
Just leave me alone and I’ll figure it out. I just want a Pepsi.

I Saw Too Many God-Damn Movies in July...
Is there a pattern? What's going on? Kenneth, what's the frequency? Goose, talk to me!

Midnight Express (1978; Alan Parker; screenplay by Oliver Stone, based on the book by Billy Hayes with William Hopper) Parker rips off Friedkin’s style from The French Connection, but it’s too…slick.

Retreat, Hell! (1952; Joseph H. Lewis) Watched because I imagine that Stanley K. watched this as research for Full Metal Jacket. The Marines in Korea, good for war movie compleatists.

Her (2013; Spike Jonez) Interesting, smart take on the future—with a bit of the Singularity thrown in. The best kind of sci-fi that genuinely deals with a phenom. 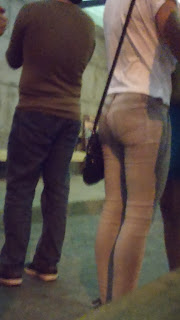 El Dia de la Bestia (The Day of the Beast) (1995; Alex de la Iglesia) Watched while I worked the booth at the Spectacle. Review #1 of LIE.

The City of the Dead (a.k.a. Horror Hotel) (1960; John Llewellyn Moxey) Watched while I worked the booth at the Spectacle. Fun, but stupidly sexist—and with an ending so over the top and bogus that I’m sure it’s a sarcastic wink to let us know that the witches really should have “won.”

Pork Chop Hill (1959; Lewis Milestone) Watched because I imagine that Stanley K. watched this as research for Full Metal Jacket.

Dirty Harry (1971; Don Siegel) I hadn’t seen it in a while—structurally, the flick is awful: one coincidence after another. You don’t notice at first, Don Siegel is that good a director, but it sort of becomes distasteful after a while.

The Ballad of Genesis and Lady Jaye (2011; Marie Losier) BRILLIANT!

The Man Who Fell to Earth (1976; Nicolas Roeg) Superior genius/weirdness. 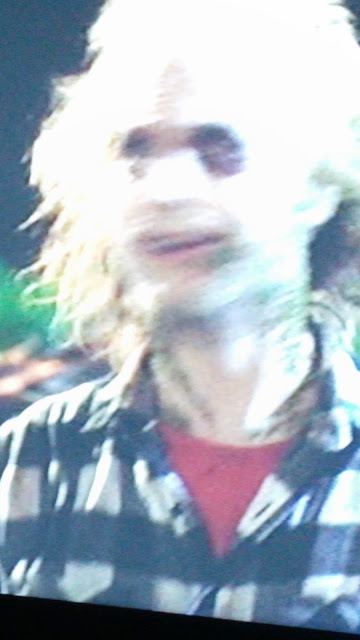 Ephemera: America (at Spectacle) Industrial travelogues from 1930s—1950s, a blast to watch!

High Plains Drifter (1973; Clint Eastwood) a perennial favorite—I saw this in the theater during its initial release. What an effect it had on me! Even as a kid, I knew it was supernatural. 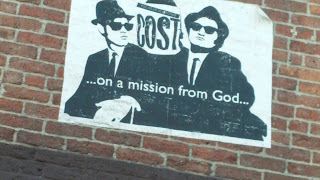 Don’t Be Afraid to Pogo (2015; Chris Ashford) Decent doc about The Gears, a punk band I never heard of before.

The Grand Budapest Hotel (2014; Wes Anderson) Quite wonderful and moving.

Tried watching
Four Rooms (1995; directed by Allison Anders, Alexandre Rockwell, Robert Rodriguez, and Quentin Tarantino), but had to turn it off: it was that bad.
Similar thing happened with
Snowpiercer (2013; Bong Joon-ho), too. Stupid crap I turned off in dizzzzzzzzgust. 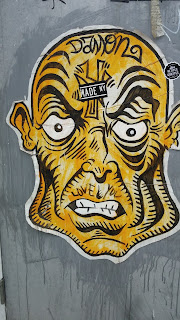 Young Winston (1972; Richard Attenborough; produced and written for the screen by Carl Foreman, based on portions of Winston Churchill’s autobiography) Kinda stiff, but fascinating. 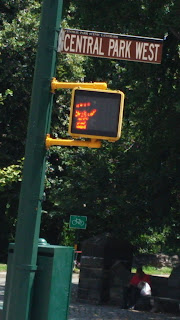 Saint Joan (1957; Otto Preminger; screenplay by Graham Greene, based on the play by George Bernard Shaw) Weird flick….Offbeat, but smart.

Jo Jo Dancer, Your Life Is Calling (1986; Richard Pryor) Richie needed to do a vanity project…but we still love him.

The Power (1967; Byron Haskin; produced by George Pal) Not as bad as so many say! Deffo needed to be more sinister; more mayhem, perhaps; more effects absolutely! Suzanne Pleshette’s always a delight, though! 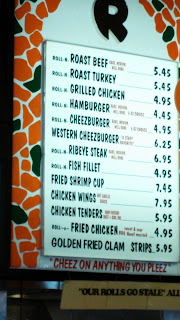 The Royal Tenenbaums (2001; Wes Anderson) Revisited to see my neighborhood (the “Tenenbaum” house is only five blocks from me).

Tried watching
Tig (2015; Kristina Goolsby & Ashley York)
About Tig Notaro, but a downer and a bit of a snooze…Couldn’t finish it.

Accion Mutante (Mutant Action) (1993; Alex de la Iglesias) Ummmm, crazy, but only okay. Not sure what it was trying to accomplish. Maybe having to read the subtitles gets in the way?

Hodejegerne (Headhunters) (2011; Morten Tyldum) Neat, but the ending is too Hollywood—kind of a disappointment (but the wife, Synnøve Macody Lund, is HOT! Whew!).

The Assassination Bureau Limited (1969; Basil Dearden) Wonderful rollicking bit of steampunk fluff, based off of an old Jack London story, with a very charming Oliver Reed and Diana Rigg, with a positively oily Telly Savalas as the villain—it makes you wonder how incredibly Awesome-with-a-capital-“A” an adventure movie On Her Majesty’s Secret Service could have been if Oliver Reed had been cast as Bond instead of George Lazyeye! And don't tell me Reed couldn't have carried it off! Sigh… 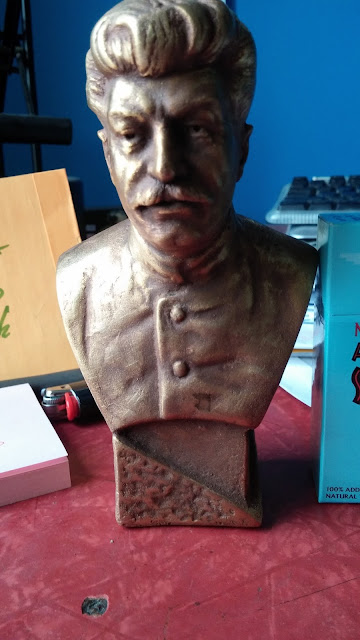 Telefon (1977; Don Siegel; produced by James B. Harris; screenplay by Peter Hyams and Stirling Silliphant, based on the book by Walter Wager) Bronson as KGB assassin! Makes sense, but the movie doesn’t get “climactic” enough; really needed a ticking time bomb, so to speak.

Serpico (1973; Sidney Lumet) WOW, a great flick: probably the best “new” old flick I’ve seen this year (followed by Oh! What a Lovely War). For some reason, I had been very resistant to watching this flick for the longest time... But seeing it now was seeing it at a right time! Fab stuff.

My reading this month, as I  think I mentioned, was much more important and meaningful to me—both in terms of expansive “New Wave” science fiction, and I include the Warlock comics in that—they are the best kind of trippy/thought-provoking sci-fi!
Then the Jung bio is helpful, as I’m always trying to analyze myself and figure out what’s wrong with me? Why do I think this way, and how come I’m trapped in these behavior patterns?
Ahem.
Films books were read because I love film, duh.
Pedagogy of the Oppressed, which was really mind-blowing, is something I’m going to need to read for my MA at some point, why not stay one step ahead. Now, what do I remember…? 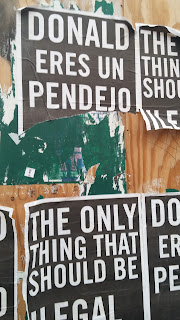 Essential Warlock Vol. 1 (comic book anthology, published in 2012, but containing material from the 1970s and 1980s) written & illustrated by Roy Thomas, Gil Kane, Mike Friedrich, John Buscema, Tom Sutton, Ron Goulart, Bob Brown, Gerry Conway, Herb Trimpe, and JIM STARLIN! (And many others) (Based on characters and situations created by Stan Lee and Jack Kirby)
One of my favorite comic book characters ever! However, why his appearances as “Him” in early issues of Fantastic Four and Thor were not included is annoying and incomprehensible 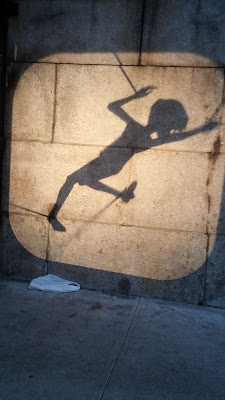 Pedagogy of the Oppressed by Paulo Freire (1968) WOW!

Lord of the Underworld: Jung and the Twentieth Century by Colin Wilson (1984) Fantastic and thorough analysis of Jung by the perceptive Wilson.

Pictures at a Revolution: Five Movies and the Birth of the New Hollywood by Mark Harris (2008) Great piece of film history. 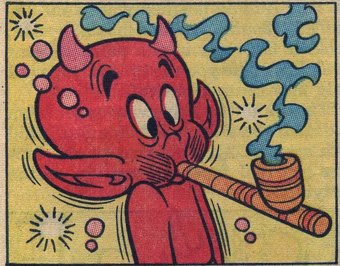