LIE #7: The Director as Metaphorical Henchman (a reassessment of Peckinpah’s “The Killer Elite”) 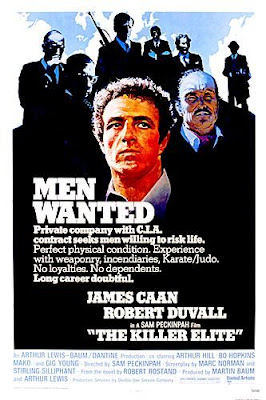 The Killer Elite (1975; Sam Peckinpah) is hardly flawless, but Peckinpah’s much maligned anti-spy meta-thriller is worth another look—especially if, like me, you’d seen it ages ago, didn’t quite like it then—
and then recently wondered why you didn’t like it.

James Caan and Robert Duvall are introduced as a couple of working stiffs doing dirty jobs for a CIA front. At the start of the film, they’re helping a Soviet defector escape, but Duvall turns “traitor” (whatever that means when the only loyalty these men have is to money), kills the “package,” and shoots Caan in the knee and elbow, crippling him rather than killing him because once they were friends.

After an arduous rehab, the brooding, vengeful Caan is mobile again, with braces on his wounded joints, and has been training in martial arts to balance his skills.
Oily CIA desk jockey Arthur Hill brings Caan out of ‘retirement’ to protect a controversial Asian politician on his way to a conference, using the info that Duvall has been hired to assassinate the politico as the bait to hook Caan into the assignment.
Of course Caan accepts, and Mission: Impossible-style assembles a black ops crew consisting of Burt Young and Bo Hopkins as driver and shooter, respectively, and starts their assignment.
But they don’t know that it’s a set-up: Hillis also working for the “other side,” and had hired Duvall for the hit in the first place…. 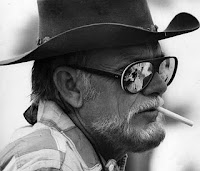 So, aside from diminished expectations from years of negative reviews,
why is The Killer Elite now better with age?
First of all, the letterboxing helps: Peckinpah always uses as much of the frame as possible and when his movies have a more chaotic editing pattern, like this one, the widescreen is what gives the audience some more room to breathe. Old pan-and-scan TV prints or VHS tapes of the movie only helped confuse viewers more.

It also helps having seen the movie previously, thus getting the absurdly complicated plot out of the way, so more attention can be paid to the details, like character’s performances or the background actions.
(Honestly, though, as goofy as it is, the plot of The Killer Elite is not as complicated as some highly-praised Hong Kong actions movies have been (John Woo, I’m looking at you!); and I think if Killer Elite had been made in a non-English tongue, it would’ve been given higher regard sooner.)

Like Bring Me the Head of Alfredo Garcia before it, The Killer Elite is a meta-movie: Peckinpah is the crippled hitman with his team of loyal whackos doing one last job for a bunch of backstabbing beancounters.

Unlike the more personal ‘magical evil-ism’ of Alfredo Garcia, The Killer Elite is a product of, and a commentary on the corporatization of America: number crunching and Muzak with “extreme prejudice;” forms signed in blood and filled out in triplicate; and loudmouth, phony bravado with real bullets.

I like to think of The Killer Elite as the sleazy B-Movie flipside to The Parallax View: the ground-level view of the grunts doing the dirty work. Late character actor Bill McKinney played the “working stiff” in Parallax View, so imagine an entire movie about him—but done semi-satirically:
These garbage-men are not playing at being James Bond; they’re playing at being…Matt Helm. 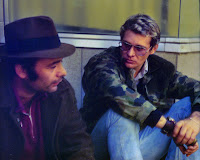 Of course, this is completely reinforced with the casting of perennial shlub, the awesome Burt Young. (If only Joe Spinell and/or Timothy Carey had been in this movie, too!—Sigh…)

If you do watch The Killer Elite, whether for the first time or again, check this out: Young’s “dumb slob” character is probably the most competent and thoughtful of them all.
He questions the orders of their ‘corporate’ overlords, and he even questions his own deadly actions. Meanwhile, he’s a great driver, he manages to sneak up on and kill rival assassins, he finds the hidden bomb and he even beats up ninjas! That’s good.

The first hour is a genuinely well-made and thoughtful film—especially James Caan’s early rehab scenes, but various bits of silliness start showing up (like the scene with the dumb motorcycle cop and the time-bomb), and it isn’t helped by Caan’s later overacting or snide comments.
Character actor heaven: In addition to Burt Young, the supporting cast is great, with Bo Hopkins ruling (as usual) as a possibly psycho firearms master, Mako providing the sage wisdom and chop-socky, and Gig Young looking drunker than ever and not giving a damn.

Additionally, Monte Hellman, director of Two-Lane Blacktop, was one of the editors of The Killer Elite—which is just plain cool.

My current interest in Peckinpah’s film was spiked by the recently released but unseen-by-me Killer Elite (nowadays prepositions seem verboten in titles, it seems), starring Jason Statham, Robert De Niro and Clive Owen. By all accounts, this new film seems to have used the title of the 1975 film and its theme of assassins, but nothing else. Anybody seen it? 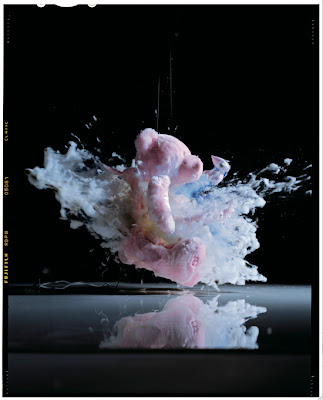