RIP, Roger Ebert: The Good Soldier of Cinema Has Left the Building (as well as my reviews of the movies of March 2013) 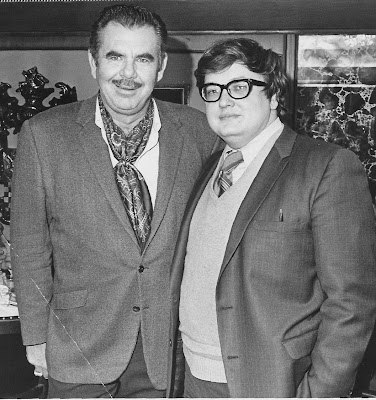 No matter what, fans of the Cinema of Weirdness have to love Roger Ebert because he wrote Russ Meyer’s 1970 magnum opus Beyond the Valley of the Dolls, one of the greatest movies ever made.
That’s Roger and Russ above—and if you don’t know which is which, what are you doing here?

Ebert went on to script two more flicks for Meyer: Up! (1976) and my fave, the beyond-whacky Beneath the Valley of the Ultra-Vixens (1979).

As a teen, after only having the opinions of NYC-centric-intelligentsia critics like Vincent Canby, Pauline Kael and Andrew Sarris to turn to (I won’t bother to comment on the nabobs and halfwits pretending to be critics on New York’s TV stations—even as a kid, I knew they were wastes of skin), discovering Roger Ebert via PBS’ Sneak Previews (I can still whistle its theme!) was a godsend: Ebert was a populist, but he was smart—and, as far as I could tell, he wasn’t a snob.
Read more »
Posted by Ivan at 12:08 PM 6 comments:

Email ThisBlogThis!Share to TwitterShare to FacebookShare to Pinterest
Labels: Beware the Weirdos, Bill Murray, King Kong, movies, Roger Ebert is dead and that makes me sad

Flying Sperm Dogs, Yo! “The NeverEnding Story” for the White Elephant Blogathon 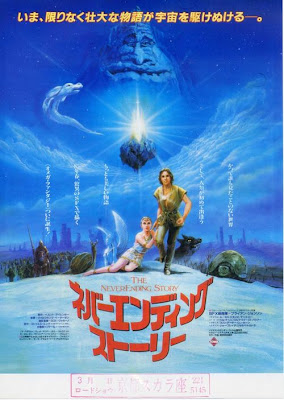 [This is part of Silly Hats Only’s White Elephant Blogathon—for more details about this celebration of bloated/egotistical/insufferable/incomprehensible/why-did-they-ever-make-that films, go HERE…and for a complete list of films and blogs tortured by them, go HERE]