Mutated Warren Oates Welcomes You To: MY ANSWERS!!! (for LERNER INTERNATIONAL’s First Quiz!) 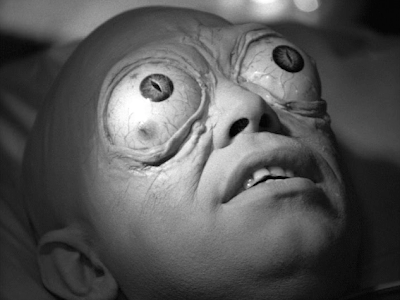 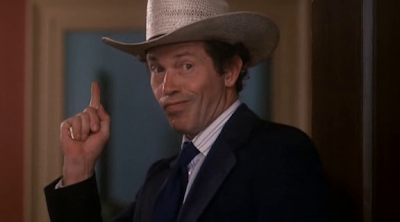 A few weeks ago, LERNER INTERNATIONAL entered that great filmblogger tradition and
posted questions for its first quiz, The “Silver Medal”/“Favorite That’s Not” Quiz—
At the time I wrote: “One thing that bugs me most about some movie quizzes… is the lack of bandwidth, with the same answers appearing from all contestants.”
So I quiz you to find out stuff I don’t know!

Quizzes are fun when they stimulate the ganglia and stir up the opinion-soup simmering in your brain—especially if you’re a film geek who needs to share your arcana with others.
That’s why Cinephiles tend to be different from every other gaggle of otaku: They like to share info. It’s like a thermonuclear doomsday machine, what’s the point if you keep it a secret?

And it’s with quizzes like these that we exchange our secrets.

Email ThisBlogThis!Share to TwitterShare to FacebookShare to Pinterest
Labels: a special thanks to all the sites I swipe images from, all my friends, films, once again biting off more than I can chew, opinions, robots, the answers to my first movie quiz, Warren Oates is God

Those were some of the gremlins and hobgoblins that floated and glided through the month of October, aiding, abetting and often confusing the output of LERNER INTERNATIONAL.

More than anything else, there was a strand of “intensity” running through the majority of the movies screened in the 10th month—I never get around to watching as many horror movies as I’d like (I doubt I’ll ever complete a “31 Days of Shocktober”)—but the atmosphere of Samhain infuses the month, tainting the air with madness and the smell of blood…compounded by the weather and the whirling hall of knives that was the electoral process…

With that sort of mood running like an electrical current through the month, it was no wonder that practically none of the films watched could be considered “mellow.”
Not that I’d have it any other way…

Meanwhile, October saw LERNER INTERNATIONAL implement its first movie-related quiz—if you haven’t take the quiz yet, you simply must! Don’t worry, it’s fun!
(And my answers will be up soon…Promise!)

Enough editorializing! Onto the Films!
Read more »
Posted by Ivan at 8:56 AM 2 comments:

Email ThisBlogThis!Share to TwitterShare to FacebookShare to Pinterest
Labels: a list more for my benefit than yours, a special thanks to all the sites I borrow images from, Darin Morgan, Halloween, Hurricane Sandy, movies, October Index

Let us observe the above frame-grab:
A rain-swept establishing shot from the classic Glengarry Glen Ross (1992), it was filmed on Sheepshead Bay Road in my “hometown,” the neighborhood where I grew up: Sheepshead Bay, Brooklyn, NY.

Much of which was underwater after the Hurricane…

Email ThisBlogThis!Share to TwitterShare to FacebookShare to Pinterest
Labels: a special thanks to all the sites I borrow images from, Bragging Rights, Glengarry Glen Ross, Hurricane Sandy, Sheepshead Bay 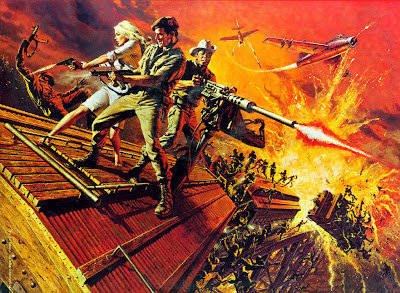 RED ALERT! RED ALERT! RED ALERT!
If you exist anywhere near the NYC area, do yourself a favor and check out “William Lustig Presents” at the essential and incomparable Anthology Film Archives (where I had my own Biker Movie Fest, “Chrome, Scum and Celluloid,” in the early 1990s—so you know they’re good).
The current Lustig series started on November 9, and runs to November 27. 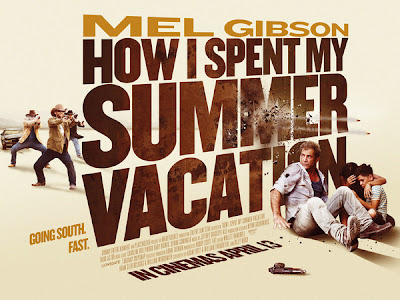 Get the Gringo [a.k.a. How I Spent My Summer Vacation] (2011; Adrian Grunberg) is the most Donald Westlake-like film that the late master mystery writer had absolutely nothing to do with.

The film is also an utter blast, one of the tightest and most fun action movies I’ve seen in a while.
Exciting, sleazy and well-plotted, it’s well worth a look—
Of course, it will help if you’re open-minded enough to separate Mel Gibson, the engaging and sardonic action movie star, from Mel Gibson, the batshit lunatic ubiquitous on the gossip pages.

Election Day Special! Walter Hill’s Excellent and Not As Apolitical As You Might Think “Extreme Prejudice” (1987) 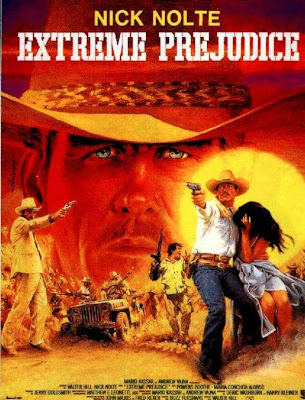 Extreme Prejudice (1987; Walter Hill) is much more than an exciting, uber-macho, testosterone-drenched, breathlessly-paced, grimy and sleazy slam-bam action flick directed by one of the grandmasters of the genre with a cast of the roughest, toughest B-listers around—
it’s a thriller that goes far beyond simplistic the white hat/black hat rhetoric prevalent in the 1980s, and has bubbling under the surface a serious contempt for “cowboy politics” that show no respect to the laws of sovereign foreign nations—or our own.

Considered a western by its producers, the flick touches upon more “contemporary” themes like paranoia about a shadow government, and conspiracy theories about secret wars being fought at home in the name of “National Security.”