Roger Corman and His Search for Legalized Spiritual Development: A Review of "The Man With Kaleidoscope Eyes" by Tim Lucas 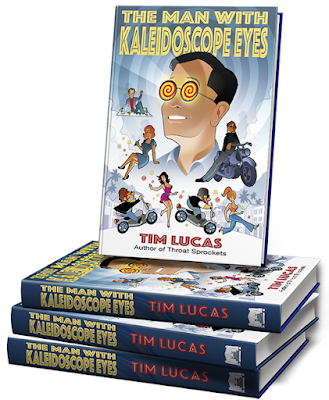 A book I’m proud to own—and am sure that I will reread soon—The Man With Kaleidoscope Eyes by Tim Lucas cannot be recommended enough.

Ostensibly the “Making of” Roger Corman’s 1967 cult/camp classic The Trip, this is a Non-Fiction Novel about one of America’s greatest and weirdest artists at a crucial juncture in his life, trying to solve a personal spiritual crisis, and doing so through art, friendship, and serious mind-bending drugs.

Featuring a cast of highly recognizable characters (I mean, they are movie stars), often sidesplittingly funny, and with a fabulous, perfect ear for dialogue, The Man With Kaleidoscope Eyes recreates the time and place magically. It’s easy enough to imagine this being lensed in that delicious late-1960s Technicolor, the type where neon at night simply crackles, and everything is just a tad grainy—but that graininess on the edges? It’s perfect when you’re entering the realm of describing the LSD experience…

Released in Spring 2022, the book is published in the UK by Electric Dreamhouse/PS Publishing, and is available in the U.S. via mail-order (through the usual suspects).

[more of The Man With Kaleidoscope Eyes review below!]

Released in 1967 by American International Pictures (AIP), but produced by The Corman Company, The Trip stars Peter Fonda as a dissatisfied television commercial director who takes LSD to help deal with an ongoing divorce—and maybe to “find himself.” He hallucinates, deals with good and bad vibes, and realizes some truths. Corman’s original cut of the movie is surprisingly non-judgmental, ending with Fonda declaring that he’ll figure it all out “tomorrow.” (That the film was tampered with by AIP before release is also covered in the book.)

The flick features Bruce Dern in one of his rare “nice guy” roles as Fonda’s guide during the trip, with Dennis Hopper typecast as the dope dealer who sells Fonda the acid. The final screenplay is by Jack Nicholson (a year later, he would pen the even more lysergic Head for The Monkees)—and you’re not wrong if you feel an Easy Rider vibe going on: It’s on The Trip where the seeds of that counterculture watershed got planted. (And I strongly believe that Hopper swiped the idea for his 360-degree shot at the commune in Easy Rider from Corman’s 360-degree joint pass-around in The Trip. Just sayin’…)

There is an intriguing story behind the making of The Trip—one that, I’m almost sorry to say, is more interesting than the film itself (the flick’s kinda dated, man, and the hallucination scenes are from hunger, IMHO). In The Man With Kaleidoscope Eyes, however, author Tim Lucas is up to the task, bringing style and imagination, and a long history of accomplished film journalism to the tale (if you claim to love cinema, and are unaware of Lucas’ incredible Video Watchdog magazine and blog, SHAME ON YOU!). 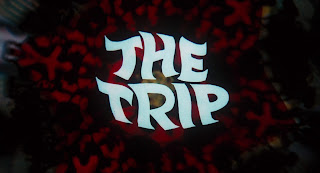 Originally a script (on the book’s title page is “Based on the Original Screenplay by Tim Lucas & Charles Largent with Michael Almereyda & James Robison”), The Man With Kaleidoscope Eyes covers the creation of The Trip, from a “ripped from the headlines,” off-the-cuff pitch session with AIP execs; to wrangling a script, first from proto-beatnik Chuck Griffith, then from a desperate, end-of-his-rope Jack Nicholson; to Corman himself taking some lysergic acid diethylamide in order to really understand what this is all about. (And I howled like a hyena at/with Roger’s “trip”—the author really catches the vibe and mood of dropping acid, as if….
Lucas knows.) 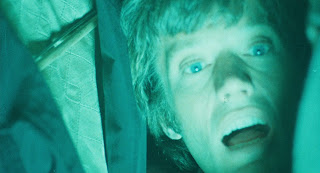 Yeoman’s work has been done investigating this, and all the research aids the method: The Man With Kaleidoscope Eyes is written in the “you are there” style of Tom Wolfe’s “New Journalism” (the kissing cousin of Truman Capote’s “Non-Fiction Novel”) where the author/reporter gathers insanely copious background details on the topic, hopefully interviewing as many of the surviving participants as possible, and reading any correspondence written at the time by them. This is exactly what Wolfe did in his thematically similar The Electric Kool-Aid Acid Test, where the events that others have lived can be recreated in an exciting “novelistic” form, including inner dialogue and thoughts, rather than your standard snoozeville reportage. 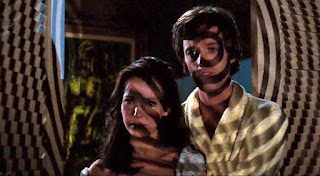 Lucas is hip to this, and uses it judiciously: We see the contrast between our protagonists’ cars; studio bosses (including Corman) acting like rajahs; and in one brilliant scene, between an out-of-work nobody and a scion of Hollywood royalty—Fonda visits Nicholson unannounced to consult on the script; it’s their first meeting, and Fonda catches Jack as he is watering the petunias while roommate Harry Dean Stanton is off making Cool Hand Luke.

At this point, Nicholson hasn’t a penny to his name, kicked out of the house by his ex-wife, and all prospects are bleak—but it seems he’s always been irrepressible: “Who should come a-callin’ but Henry’s boy!” the madman chirps with undeserved, but completely grasped familiarity. This book humanizes Nicholson more than I thought possible; here, he’s lightyears from monetary or spiritual success. At his career bottom, he’s practically a broken man, clutching at straws—he’s shown hitchhiking down the boulevard in Los Angeles, not even able to afford the bus (a true detail Lucas found out). 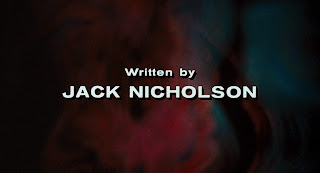 On the flip side, and to the book’s credit, The Man With Kaleidoscope Eyes does not solve the riddle that is Roger Corman—but certainly cements it. While Corman’s reputation as an enigma will not be changed, it is almost elevated to a state of Zen purity—he probably doesn’t need LSD, but took it anyway, just to say that he did it. That it helped (and seemed like crazy fun) is gravy.

If you only knew of Corman from his films, you might have the idea that 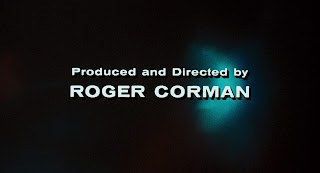 But reality is weirder, dude:
An utter workaholic, the Corman we meet in the book is kinda square, kinda normal—he digs nice cars, cute chicks, a good hi-fi system, and eats the same goddam thing for breakfast every single working day.

Back in the 1970s, David Carradine said in an interview about Corman, “There is something supernatural about Roger.” It’s that unity of opposites—Squaresville Dad vs. Grindhouse God—that makes Corman the human so damn fascinating, so supernatural.

As it’s presented in the book, it makes complete sense on an emotional and spiritual level for Corman to Drop Acid: This moment in time for him was a turning point on a professional level (feeling constrained by his taskmasters at AIP, especially their criticisms of his 1966 film The Wild Angels,), and though he’s loathe to admit it, on a personal level as well—while not lacking for physical company, Corman is lonely, and he’s been thinking a lot about an intelligent and witty young lady who’d interviewed for a job as his assistant (her name is Julie, and she didn’t get the job—but that’s really for the best in the long run…). 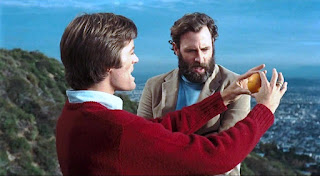 So, Peter Fonda’s character in The Trip? Yeah, that’s Big Roger. (According to the book, the red sweater Fonda wears in the movie is right from Corman’s closet.)

So, as he’s in pre-production for this motion picture promising to be truthful about the psychedelic drug experience, Corman keeps getting flak from the tripster cognoscenti surrounding him, like Fonda, who worry that his “squareness” will derail the movie’s potential veracity. And it’s Smilin’ Jack who helps convince Rog to dose, reminiscent of the Serpent in the Garden promising knowledge— With acid, “You don’t just smell the roses…you…understand the roses,” he purrs, promising “heavy, heavy changes, man.” With that, Corman’s on his way.

Although this book deals with the Dopefiend Freakazoid Fringe of Hollywood, it is incredibly light-hearted and sweet: we KNOW this will all turn out okay in the long run (for Nicholson especially: $$$), but we’re compelled to keep turning the pages to find out what happens next.

(or else order it as a Christmas/Hannukah/Kwanzaa gift for the film nut in your life—even if it’s only yourself!)!

[In between my finishing this review and getting around to publishing it online, a terrible and tragic thing happened: Donna Lucas, the wife and business partner of author Tim Lucas for many, many years passed away. Lerner International offers Mr. Lucas our love and support in these trying times for him.]