Checkin’ Up On Kinema! (Four Movies Get Reviewed) 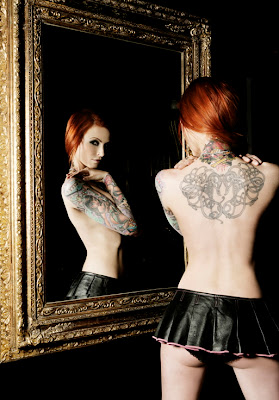 We’ll get to the movie reviews in a moment (two genre flicks, two flicks dealing with contemporary issues; three “thumbs up,” one “thumbs down”), but let’s talk about music for a moment.

Due to my recent unemployment, I’ve had some time on my hands, and one thing I did was rearrange a bunch of Mp3s into a nice little playlist.

At first, my playlist was roughly 100 songs/tunes/soundbytes, but it just didn’t feel like enough.
So I went back and scrounged up some more tunage, for a total of 171 songs, about eight or nine hours of music.

What struck me was that—and here I go, sounding like an old man—when I was a kid, I could go a whole summer with just one or two mix tapes, about two-plus hours of music, maybe three if the tapes were the 45-minutes per side kind. (Tapes, right? Like, what’s that?)
Nowadays, 100 songs—approximately 300 minutes, or five hours—just aren’t enough!

Just a result of life in our fast-paced, high-tech world, and all the information overload that comes with it—along with a mutation in our attention patterns, too, I suppose.
Which is why I’m always happy to get out of town, and “unplug” and check out nature. Hey, the leaves are changing color!

Stylewise, the “one-take” camerawork is masterful, but soon becomes mean as well, since it never leaves the main character’s side, and feels as oppressive and intrusive as her environment and unseen assailants.
This is a relentless film, squarely in the “feel bad” tradition of Savage Cinema, but one that “gimmicks” the topic of child sexual abuse for cheap thrills.
Wholesale slaughter is fine with me, but I just can’t truck with using a genuine psychic pain as the launching point for a genre B-movie.

If this film had only been, say, 15 or 20 minutes in length, then that concept overall might not have been as morally reprehensible as it was.
But stretched out to 90 minutes, Silent House crosses from frightening and eerie to sadistic and vicious—and repetitive: nasty things just keep happening over and over to this poor girl—solely for our entertainment.
Had the flick treated the sexual abuse of children (your own kids, especially) in a metaphorical fashion, Silent House wouldn’t be as unsavory and repellant. 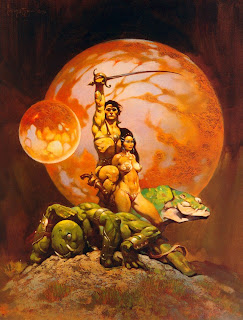 John Carter [of Mars] (2012; Andrew Stanton) is the perfect movie to pop in the DVD player on those days when you find yourself saying, “Gee-whiz, I sure could go for an old-school action fantasy, the type that George Pal, Walt Disney or Michael Powell used to make in the 1950s!”

While often suffering from Peter Jackson-itis (just keep the camera motionless sometimes, okay? It doesn’t need to be constantly swooping, sweeping and flying over what we’re looking at—especially in establishing shots!), and an uninteresting and forgettable human cast (with the exception of Lynn Collins as Princess Dejah Thoris: Va-va-voom!), the flick is very entertaining and rich in details, and a hoot to watch while hung-over.
My favorite character was the cutely grotesque Martian “dog,” Woola, the best pet/friend a human could ever have.

Personally, I think John Carter was unjustly savaged upon its initial release.
Fun and cornball (the film is a throwback to an earlier, much less cynical or “experienced” era; more John Ford than David Fincher or Michael Bay), the script actually manages to streamline Edgar Rice Burroughs’ source novel (which was serialized on its first publication, and means lots of repetition and cliffhangers) and rearrange it effectively.

But why did they even bother to film humans when so much of the film winds up being either animation of CGI effects? In fact, why wasn’t John Carter made as an animated film?

BTW, the film’s end credits list the movie just watched as “John Carter of Mars,” so that’s the title I’m using. Where Hollywood got the idea that there’s a “curse” around using “Mars” in a film’s title is beyond me, but no one ever said there was intelligent life on that planet. 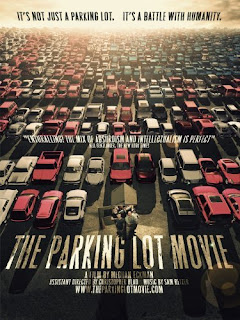 The Parking Lot Movie (2010; Meghan Eckman) is a must-see for anyone who has thoughtfully pondered about mankind’s greed and stupidity—as well as other aspects of the human condition: It’s amazing how automobiles are such reflections of their owners, especially the more venal and obdurate.
This is presented via interviews with the philosophers and anthropologists who earn their rent money working at the parking lot across the street from the University of Virginia.
This compassionate and literate documentary, with an unobtrusive visual style is wonderful brain food. Highly recommended. 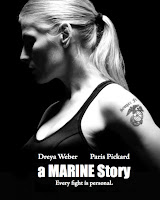 A Marine Story (2010; Ned Farr) is a familiar tale, but told in a refreshing and contemporary manner. A combat vet returns home (but gets no parade), bearing many unseen scars. Corralled into aiding an “at risk” youth, Major Alexandra Everett tries to get her life in order, all the while facing prejudice against her sex, sexuality and career. It’s a damn shame that these brave volunteer warriors have to come home to—and live in—an atmosphere of paranoia and accusation.

Moving, if very melodramatic, stylistically and structurally, the film feels like a TV movie, but because the film deals with homosexuality and “Don’t Ask, Don’t Tell,” and has an impressive performance by the athletic and (in my opinion) very sexy Dreya Weber, it overcomes those faults. An inspiring story, I could see A Marine Story getting a strong cult following. 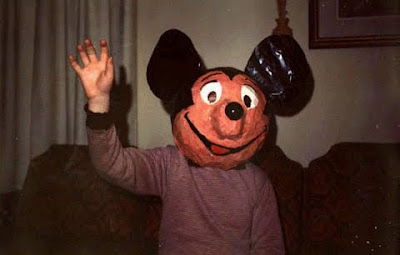