He Is Legend: Richard Matheson RIP 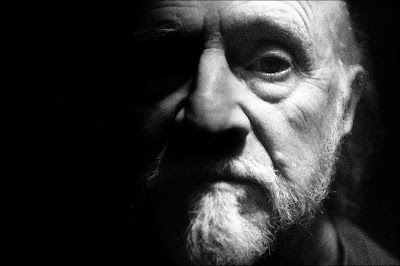 A great novelist and even better screenwriter has left this dimension to explore a new one, and we are all the lesser for it.


Matheson used sci-fi/horror tropes to examine the existential condition of America in the post-WWII age. 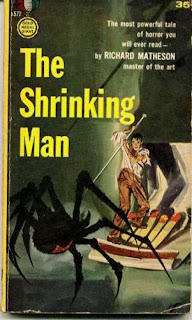 The Shrinking Man and I Am Legend were novels that explored powerlessness and alienation better than the multitude of “important” (and now mostly forgotten) books published at the same time, and his scripts have become part of the cultural landscape—even if they don’t know where it originates, everybody knows what you’re talking about when you say, “There’s a gremlin on the wing of the plane!”

Rod Serling created and hosted The Twilight Zone, but hardly anyone remember his overly-moralizing scripts for the show. Matheson, on the other hand, gave the show juice and spice, with lively characters and sharp dialog—even in the episode he wrote with no dialog, “The Invaders.”

This was a talent Matheson extended to the multitude of TV movies he wrote during the 1970s, “The Golden Age of TV Movies,” creating the Zuni Fetish Doll (Trilogy of Terror); Carl Kolchak, inadvertent and irreverent supernatural reporter (The Night Stalker and The Night Strangler); alien impregnation (The Stranger Within), reinterpreting Dracula for director Dan Curtis and actor Jack Palance; and the flick that foisted Steven Spielberg on the world, Duel (1971).

Some of my favorite Matheson scripts were The Incredible Shrinking Man, The Legend of Hell House, The Night Stalker (the first Kolchak TV-movie), Corman’s The Raven, Burn Witch Burn!, Jacques Tourneur’s The Comedy of Terrors, and of course, “Nightmare at 20,000 Feet.”

1968’s Night of the Living Dead was an unofficial adaptation of I Am Legend (the book where everyone in the world, except one man, is turned into vampires—and a book I reread every few years, because it’s that good), and in Matheson’s opinion, the only cinematic adaptation of the book to get the mood right. (Although I do enjoy the two first adaptations of the novel: The Last Man on Earth (1964) with Vincent Price, and The Omega Man (1971) with Chuck Heston.)

Matheson’s influence is so great, Chris Carter named a major X-Files character after him!

Unlike many other Grand Masters, Matheson was never forgotten or put (too much) out to pasture, with mega-bucks adaptations of his works being created all the way to the end, with Real Steel, Will Smith’s I Am Legend, The Box hitting contemporary theaters, and others still in the pipeline. 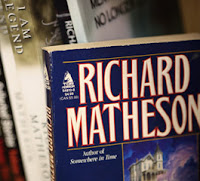 It has been mentioned before, and I’ll repeat it: Matheson brought horror into the modern world, but he did it in a Popular Mechanics way: how to survive if you’re shrinking, or surrounded in a world of vampires, was dealt with in a nuts-&-bolts way. No special gizmos or metaphysical powers: just brains (and his protagonists were never super-powered, either; usually they were just regular shlubs with the same amount of technical know-how that any vet of WWII—like Matheson—would have).

And let’s not forget, Matheson was from Brooklyn!

If dying means getting to go to a place where there are even more Richard Matheson works to enjoy, then it’s not a scary prospect. But until then, there’s plenty to reread and rescreen… 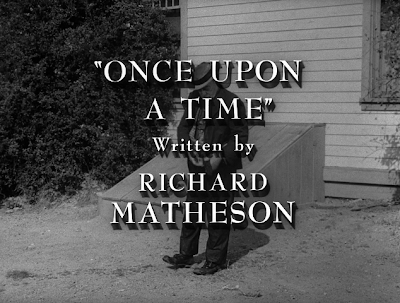