[In case you’re wondering, all three of my loyal followers (love ya!), LERNER INTERNATIONAL will not be a site concentrating solely on science fiction flicks—The Cinema of Weirdness has tentacles in all genres! “Sci-Fi June” is more of a tribute to those long-gone days when revival houses around NYC would celebrate the start of summer by scheduling sci-fi movies.] 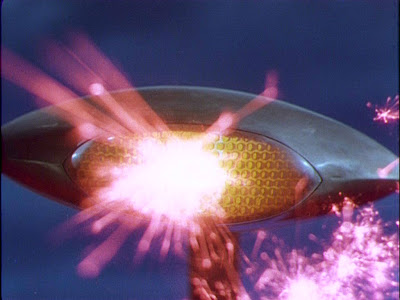 The War of the Worlds (1953; Byron Haskin; produced by George Pal) is orgasm after orgasm of pure unadulterated destruction, brought to life in glorious Technicolor by the finest technicians 1950s Hollywood could provide—a subtextual destructo-porn flick that ends as soon as its studs can’t get it up anymore.
When Philip K. Dick said, "The Martians are always coming,” he wasn’t exactly right.

In a very loose, almost free-wheeling, contemporary adaptation of H.G. Wells’ classic metaphor about the ultimate failure of imperial colonialism, Martians show up in Eisenhower’s White Man’s America—and fuck the living shit out of it.
This movie is so punk rock, it spews a mega-bucket of hate-spunk right in the face of a sanctimonious, naïve, superciliously pious preacher, vaporizing him beyond dust before then wiping the floor with the fightin' USMC, and going on to clobber the rest of the U.S. of A. in an orgy of Oscar-winning miniature work, pyrotechnics and opticals—not to mention an innovative use of sound (some of WotW’s sound effects eventually ended up on the original Star Trek). 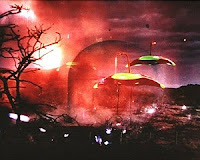 (BTW, people who look at the effects of this movie and gripe about seeing the wires in a handful of scenes are morons, and should be avoided.
The rest of the film’s production values and expertise, as well as its incredible pacing—after scores of viewings, I’m never bored by this film—prove that the filmmakers were working at the top of their intelligence and care. Therefore, if they could have removed the obvious wires, they would have.
And according to Joe Dante’s commentary on the DVD I own, when the film was originally projected on a specific type of celluloid, none of the strings or wires were visible. So there.)

Until, at the end, they’re spent.
The way the manta-shaped death machines “go down” (so to speak) is like a penis losing its erection: pffffffffffffffffft! PLOP. 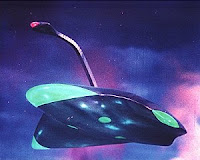 But when the Angry Red (penis) Planeteers finally succumb to the “Thanatos” equation when there is too much “Eros” (they tried… so hard to save their own civilization—were the Martians “Viagravated”?), the holy rollers immediately claim it was their prayers that saved them from the final humiliation: that mythological creatures called “germs” created by an even more mythological creature called “God,” and saved them from immanent antiterrestrial ravishment.
Not that it didn’t stop the Martians, Our Tragic Heroes, from raping the high holy fuck out of the planet Earth anyway. 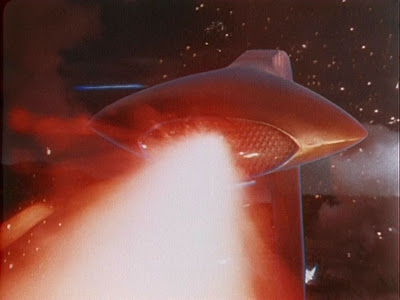 I’m teasing now because I do love this flick—and know that there’s more than enough “serious” ink spooged—uh, spilled over it; so why not have some fun?
Undoubtedly underrated producer George Pal’s best film, The War of the Worlds has been a
staple of my life from before I could remember (it was always on TV when I was a kid), and is one of my all-time faves—a warm bath of nostalgia and pure id (destroy everything!) that I return to often. 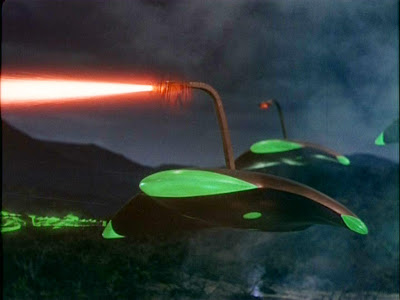 Email ThisBlogThis!Share to TwitterShare to FacebookShare to Pinterest
Labels: George Pal, sex, The War of the Worlds