LIE #16: At the "Killer Mountain" of Madness 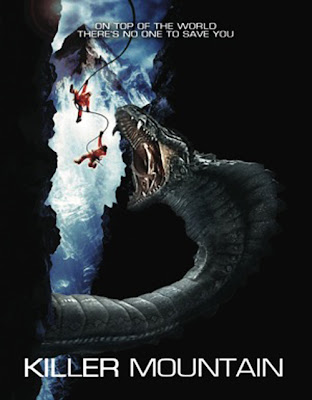 Killer Mountain (2011; Sheldon Wilson) is a sci-fi/horror/thriller that keeps upping the ante as it rolls along at a steady pace, and is much, much better than its generic/unspecific title and Syfy Original Movie cable-TV pedigree (and accompanying mediocre CGI) would indicate.

To put things into a broader sci-fi/horror B-movie context,  is a monster movie that would fit in fine in a fantasy film fest that also included
Attack of the Crab Monsters, The Crawling Eye, Journey to the Center of the Earth (1958), and the Martian sand-shark episode of The Outer Limits.
It may not be High Art, or shockingly original, but the best kind of cheap thrill: an engrossing entertainment.

The story follows a climber as he and his team are hired to perform a rescue mission at incredible and dangerous heights in the . It seems a pharmaceutical company has been illegally drilling up there (much to the annoyance of the host country’s paramilitary goons), exploring for “miracle drugs,” when they found something else…with sharp, pointy teeth.

The flick makes good use of some limited, but unique locations (it looks like it was filmed in an abandoned shipyard somewhere in , and then in an Eastern European strip-mine), and always plays it straight, helping keep the mood tense.
Additionally Killer Mountain is one Syfy Original that knows how to use the channel’s obligatory lame CGI to its advantage: the hungry and nasty rock-dragon-centipedes that plague and pester our cast have hard, segmented exoskeletons that look made out of carbon: they are not supposed to look alive, or even of this earth.

sometimes seems super-cheesy—does the mountain climber hero need a checkered past? Why is his assistant so paranoid? Does the CEO’s son have to be a complete asshole?

But things like the climber’s checkered past creates tension later—there really isn’t a wasted moment in this flick, and it’s all well-paced, grabbing your interest from the get-go.
Suspense and mystery are built steadily until we leap into Chariots of the Gods/H.P. Lovecraft territory. You could say that the explorers have discovered the Plateau of Leng: even has a type of leech-like Shoggoth!

It is really too bad this movie has such an uninspired, lackluster title: Honestly, with “Killer Mountain,” I was expecting something out of an old Marvel Comics’ Tales to Astonish, illustrated by either Jack Kirby or Steve Ditko, natch: a story about an actual mountain (that was really a lost space traveler) that gets up and walks around…and kills people: It walks over a town, and then sits on it…
“” sounds like what a SoCal snowboarder would say after a particularly good run down the slopes, dude. 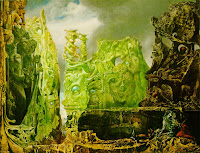 The worst kind of title-by-moronic-committee, deserves to be re-released under a different name—how about:
—The (taken from dialog in the flick)
—Climbing to Hell
—Doom at 20,000 Feet (reminiscent of the Shatner/gremlin-on-the-wing Twilight Zone episode)
—The Rock Dragons of the (truth in advertising! And it has a very 1950s vibe, doesn’t it?)
—
—Monsters at the Top of the World
—and those seven titles are just what I cooked up while goofing off at my desk—jeez, the title-making department at Syfy really dropped the ball this time…

Thankfully, Killer Mountain is the type of ambitious and effective low-budget B-movie horror flick that once played in drive-ins and grindhouses across our great land—and then ended up in regular rotation on your TV station’s late show.
Catch it! 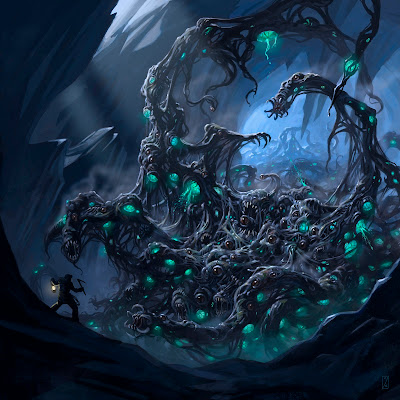