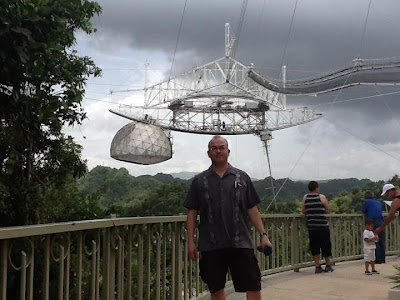 LERNER INTERNATIONAL was out of town for a while, checking up on the big radar dish in Arecibo, Puerto Rico, running time-motion surveys on whether the ionosphere could be ignited to one billion degrees Kelvin…not that you’re authorized to know that…

But due to that out-of-town excursion, and the resulting physical exhaustion, LERNER INTERNATIONAL’s plans for Sci-Fi June were slightly derailed.

To make up for it, below are links to some science fiction reviews I wrote for The United Provinces of Ivanlandia, as well as some sci-fi related comic book art—nah, the art has nothing to do with the flicks, just some neat eyeball kicks.
Sort of what Ivanlandia used to do all the time, just to keep in the spirit of things.

Reviews chosen b/c either I’ve taken a twisty look at things (did you know Starship Troopers was an inadvertent Francis Bacon painting? Would you like to know more? Read my review of Starship Troopers 3 below!), or else it’s a flick I doubt you are familiar with.

Aachi & Ssipak (2006; Jo Beom-jin)—insane Korean animation that postulates a future where your poop is money.

Attack of the Crab Monsters (1957; Roger Corman)—they don’t just eat you; they absorb your mind—and then invite your friends over for dinner…An all-time fave of mine, no lie.

A Boy and His Dog (1975; L.Q. Jones)—If Sam Peckinpah and Samuel Beckett collaborated on a movie, it might be this… 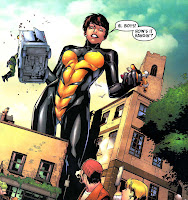 Godzilla’s Revenge (1969; Ishiro Honda)—don’t watch it as a kaiju; watch it as a “lonely sad child” film, like an Afterschool Special—with monsters! 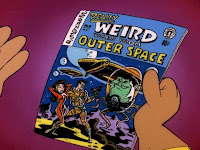 The Incredible Melting Man (1977; William Sachs)—delightfully goofy and gory; wonderful trash, and one of the last AIP releases. 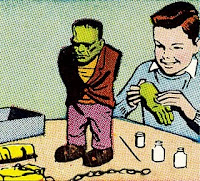 The Swarm (1978; Irwin Allen)—so incompetent it’s easier to accept this as some sort of Eastern European avant-garde anti-film than as a “real movie”—unbelievably, this flick’s costumes were nominated for an Oscar: WTF?

The Thing (2011; Matthjis van Heiljningen, Jr.)—an analysis on how this movie really should have ended: this slavish imitation of John Carpenter’s 1982 classic needed to “borrow” more from Fight Club, if you ask me.

ZPG (1972; Michael Campus)—disturbing and bleak look at overpopulation that’s been forgotten, and needs to be rediscovered. 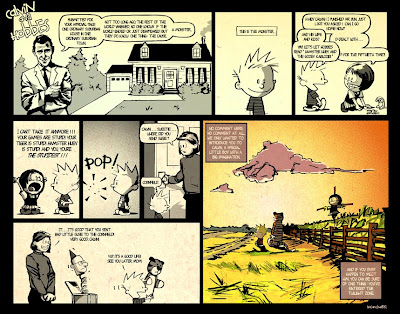 Email ThisBlogThis!Share to TwitterShare to FacebookShare to Pinterest
Labels: blogger is incomprehensible, hyperlinks, is anybody reading this blog, movies, why do I bother except to satisfy my ego